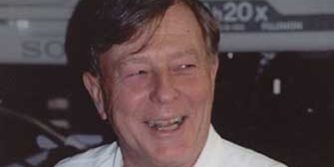 Jonathan Donald will be discussing his book, a fictionalized biography Traveler in an Ancient Land about the early 19th-century Egyptian explorer Giovanni Belzoni. Belzoni was among the earliest explorers to describe the monuments of ancient Egypt at Luxor, Karnak, Esna, Edfu, Philoe and to explore the Valley of the Kings. He was the first European to enter Ramses the Great’s temple Abu Simbel located 1,000 miles up the Nile.

Jonathan Donald has written and produced over 200 programs for television. These include dramas about the infamous Salem Witch Trials of 1698 and a mysterious early 20th-century murder and on the lighter side an Old Fashioned Christmas. He has produced documentaries about American history, the Vietnam War, American Cowboy Culture, 19th Century Railroads, Australian Archaeology, Land Conservation, Japanese Culture, the regional cultures of Brazil, Wildlife Adventures in the Americas, Africa, India and Australia including specials on the Great Barrier Reef and Australia’s Man-Eating Crocodiles. He produced these programs for CBS, ABC, PBS, Discovery, National Geographic and Reader’s Digest Entertainment. He has won an Emmy, an Emmy nomination, two Cine Eagles and other awards.

JD’s Pirates Show 1993 with the buccaneers’ favorite companion, the Macaw or Parrot

How to Make a Movie

Show one or more of Jonathan Donald Productions, Inc. documentary or dramatic films from a repertoire of over 200 made for national television and explain how they were made. Take the audience through the elements of the content, pre-production, production, and post-production.  Particular films will be shown depending on the interests of the students and school in a range that covers Wild Life Adventure, American History, Life in Japan, the dramatic film Trifles, and other subjects. Any film selected will be entertaining as well as illustrative of the creative process.