1. New York Tales, Tall & True
> Some of New York State’s folklore is truly unbelievable. Some of its history is even more so.

The Great American Hoax, The Goldarndest Liar, How New York State Got its Western Border, The Curse of Mamie O’Rourke, Land Beyond Law, The MacPherson Legacy, The First Fountain, A Month of Sundaes, The Sea Serpent of Silver Lake, The World’s Most Popular Instrument, If God Blessed America for Me, The New Woman of 1908, … all New York stories.

2. Understanding the Depression Era through Songs and their Stories
> The essence of the Great Depression as expressed in the songs of the times with stories that provide the social, economic, and historical context.

– Forget Your Troubles and Just Get Happy – The 1929 Hit Song by Harold Arlen and Ted Koehler.
– Presidential Campaign Songs of 1932 – The Sidewalks of New York vs. Happy Days are Here Again.
– The Anthem of the Great Depression – Brother Can You Spare a Dime by Jay Gorney and E. Y. Harburg, 1932.
– The Gold Diggers’ Song of 1933/ We’re in the Money by Harry Warren and Al Dubin.
– If God Blessed America For Me – The success of Irving Berlin’s God Bless America in 1938 led Woody Guthrie to write a parody.
– When All the World is a Hopeless Jumble – Even Lady Gaga sings this 1939 song, the most influential song in the history of cinema.

3. Lead Belly: Singer, Songwriter, Murderer; King of the 12-String Guitar
> Huddie William Ledbetter, better known as Lead Belly, got a bum deal. Was he justly sentenced to prison for murder? Twice? Was he exploited by the man who discovered him? Did he have to share credit for writing the song that became the number one hit of 1950!

This program includes a series of true stories about Lead Belly’s life: why he chose to play the 12-string guitar, the events that led to his two convictions for murder, how his reputation as a prison songster led to his pardon by the governor, how he was discovered by John and Alan Lomax, how he contributed to the folk music revival and the advent of rock and roll, how his signature song—the song he used to both open and close his performances—became the most popular song of 1950, and why it is still sung today at soccer games all across Europe. These stories are interspersed with songs such as The Midnight Special, Easy Rider, John Hardy, We’re in the Same Boat Brother, and Goodnight Irene.

4. Familiar Songs & their Unfamiliar Stories
> A wealth of history, conflict, transformation, and humor in the little-known stories behind some of the best-known songs.
The Rhythm Changes; George had Chutzpah, Ira Didn’t!; If God Blessed America for Me; Lead Belly – Singer, Songwriter, Murderer, King of the 12 String Guitar; Tzena Tzena Tzena; Mairzy Doats; Get Happy; The Forgotten Man; If You Believed in Me; Song of the Century …

5. My Father was a Storyteller

I present a historical saga about my father, a songwriter, musician, poet, and storyteller who made his living as an electrician. It stretches from the help wanted ads of the Philadelphia Inquirer to the front page of the New York Times, from the pleasant beaches of Atlantic City to the hectic skyscrapers of Manhattan, and from his longed-for saxophone to my sister’s studio-upright piano. My father didn’t have a very good voice, but he wasn’t afraid to sing.

Dealing with Differences; Rejoicing on a Bad Day; A Rabbi, a Prophet, and a King Walk into a Bar; Honest Scales; If Not Even Higher; What is a Jewish Story; Tzena Tzena Tzena … 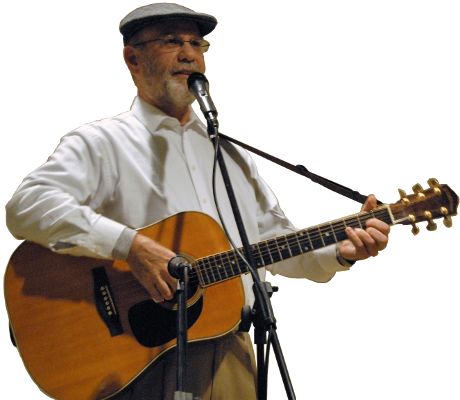 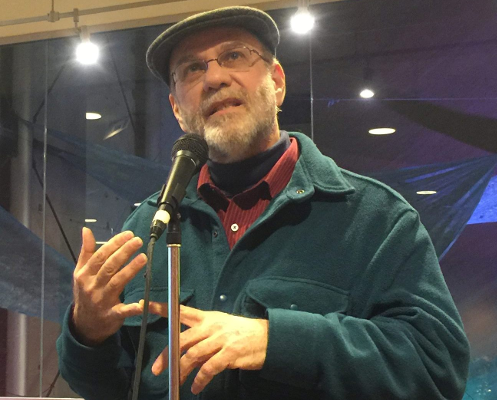 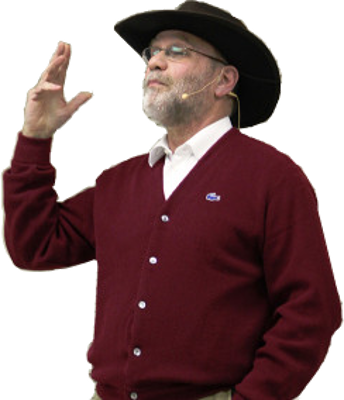 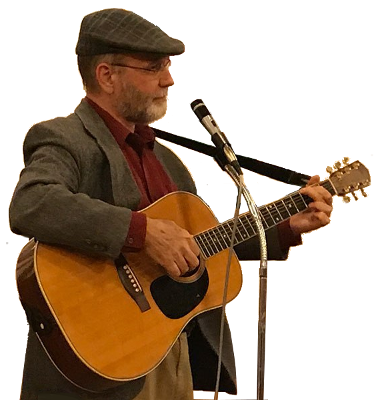 His stories have been published in Tablet, Memoir Magazine, Distressing Damsels, Stories We Tell, Story Club Magazine, Storytelling Magazine, New Mitzvah Stories, and in his book, Welcome to Chelm’s Pond (where the ridiculous stories of Chelm meet the preposterous tall tales of the Adirondacks).