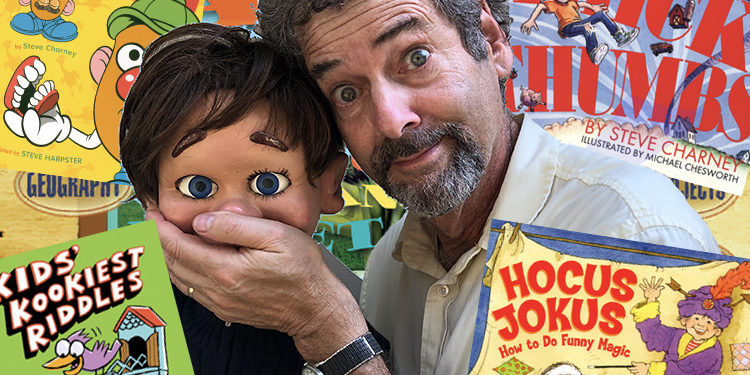 $425 for the first assembly/$225 for additional assemblies on the same day.

All year except January and February To see a video of Steve and Harry reading click here! Steve Charney is a magician, ventriloquist, songwriter, musician, children’s author, radio personality, podcaster and all around nut. He has performed in hundreds of schools and libraries around the country for over three decades.
His stage act has taken him from Africa to California. Steve’s been profiled in the New Yorker magazine for his nationally distributed radio show and has written dozens of songs for Jim Henson’s Bear in the Big Blue House that aired on the Disney Channel for years.
His books and music have been published by Scholastic, Crown, Metacom,Troll books, Sterling Publishing, Jim Henson Productions, Disney, Meadowbrook, Ceres Press and Capstone Publications.